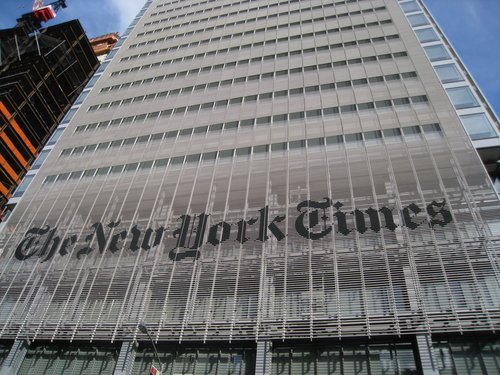 Give
the New York Times credit for consistency: All year long, it has been recording
a declining
ad business and a growing
consumer business, and that’s what itreported again
today.

The
Times blames the ad drop on “the challenging economic environment, ongoing
secular trends and an increasingly complex and fragmented digital advertising
marketplace.” It says it expects to see similar numbers for the rest of
year.

But the
Times’ readers keep giving the publisher more money. It is selling fewer print
copies of its papers, but it is charging more money for them. And it now has
nearly 600,000 people paying for digital subscriptions, up 11 percent from the
last quarter.

The
Times’ ad slump is hitting both its print and digital operations. Print ad sales
are down 10.9 percent, and digital is down 2.2 percent. Here’s the breakdown by
category: